Last July 25 and 26, Quebec’s Apple Producers hosted the annual meeting of the Canadian Horticultural Council (CHC)’s Canadian apple industry. Representatives from the industry, from the Quebec and Canadian governments and from the other provinces increased their knowledge of Quebec’s apple industry.

The event, held in the Laurentians, was a huge success!

On July 25, networking among the members of the working group was undertaken in Mont-Tremblant. The crop estimate for each province was discussed. Crop volume for Nova Scotia should be similar to last year’s. Some Ontario producers faced hail that devastated a few orchards; in all, a slight drop in volume is predicted compared to 2016. A high volume of apples is predicted for British Columbia and the number of available Ambrosia is still increasing.

We also discussed the re-evaluation of Captan. Considerable action was taken following last year’s CHC survey of a number of Canadian apple producers. Recently, the various associations answered a second questionnaire from the PMRA in order to prepare arguments in favour of continuing its use in Canadian orchards.

It was proposed that a video be made on the international farm workers programs, stressing the importance of these workers for the horticultural industries of Quebec and Canada, and highlighting the program’s positive impact on the families of the workers. CHC needs funding to produce the video and is asking for the support of all those who can contribute financially.

The next day, members visited many apple-producing and agribusiness sites. Many presentations were made. Here are the details:

Thanks to Éric Rochon who organized the day in expert fashion, and to QAP employees and regional administrators who helped plan the day! Of course, an event such as this could not have been held without the generous contribution of our partners! We sincerely wish to thank them for having contributed to the success of the meeting.   Click here for photos of the event! 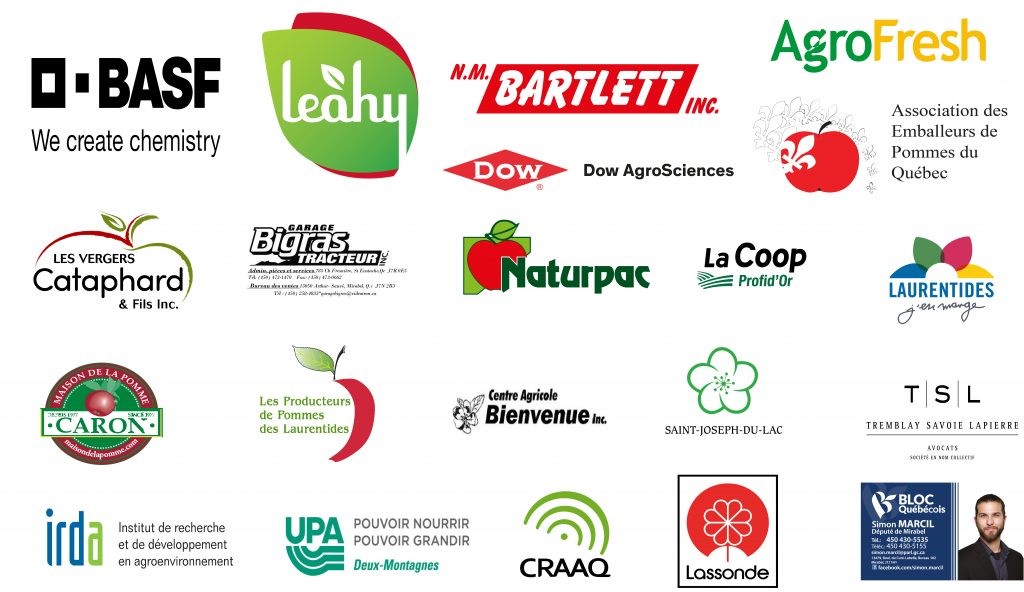