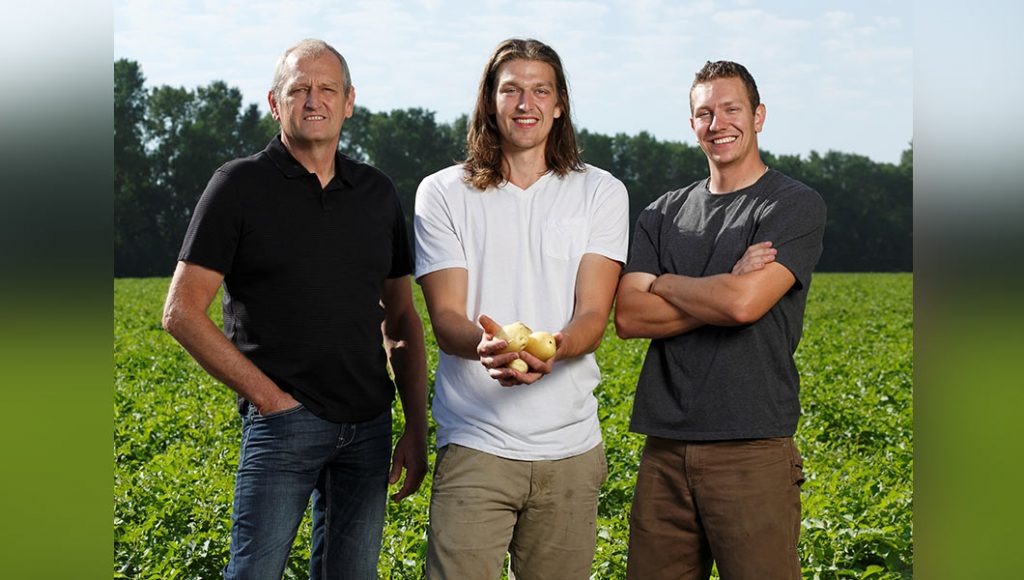 Bryce Loewen is a 28-year-old potato farmer in Winkler, Manitoba who believes more young people should be eating more spuds because of their significant nutritional value.

That’s why he supports a new fresh potato marketing campaign from Manitoba’s grower-owned vegetable marketing board, Peak of the Market. The campaign, called Potahto Lovers of Manitoba, was launched in 2017 and is squarely aimed at the millennial generation.

“I like that they’re targeting a younger demographic, hopefully someone who, in the next five to 10 years, is going to take up more of the buying power in our economy,” says Loewen.

Loewen also likes that the campaign is spreading its message primarily through social media, and he can appreciate why this resonates so well with millennials.

“I coach a high school basketball team and these guys are all 10 years younger than me,” recalls Loewen. “When I was in high school, our main form of communication was texting, but these guys don’t even text with their friends or girlfriends anymore. It’s all through Instagram or Twitter—all these social media outlets. I think that’s their main source of connection and information.”

Loewen is among those who believe potatoes are a good vegetable that’s been given a bad rap, but he believes things are turning around as more people get the message about the many health benefits of potatoes.

Under its health and nutrition advocacy mandate, the Canadian Horticultural Council (CHC) supports government efforts to increase consumption of fruits and vegetables as part of a healthy diet for Canadians.

“I think it’s very important to try and get information out there…to the general public, so they know exactly what they are buying and everything that’s involved in producing their food products, so they can make an informed decision,” says Loewen.

Loewen has been working full-time at his family’s farm, called Garden Valley Vegetable Growers, since he graduated with an agri-business degree from the University of Manitoba in 2015.

Loewen acknowledges that potatoes aren’t the easiest crop to grow. “It’s definitely a challenge,” he says. “It gives you a reason to get up in the morning, that’s for sure.”

One of the biggest challenges is keeping a lid on late blight, the pervasive fungal disease that can hammer potato yields if conditions are right for infection. Like many potato growers, Loewen relies heavily on a fungicide that contains the active ingredient chlorothalonil as the farm’s primary protection against late blight.

Loewen typically sprays this fungicide eight to 10 times during the potato growing season. However, Health Canada’s Pest Management Regulatory Agency (PMRA) has proposed cutting back chlorothalonil applications in potatoes to just once a year—a move that would seriously impact how potato producers manage late blight.

“If we get restricted to one application per year, that’s about 10 per cent of what we normally would apply,” Loewen says. “We would have to find new chemicals, basically.”

Loewen has used other products in his pesticide mix to help control late blight, but he’s found chlorothalonil to be the most cost-effective. It’s also the fungicide that he’s had the most success with. “I would say it’s definitely the best.”

According to Loewen, chlorothalonil offers multi-site protection and is often used as a tank-mix partner with some of the newer single-site fungicides. He says some fear that, without the benefits of a broad-spectrum product like chlorothalonil in the tank mix, the single-site fungicides could eventually lose their effectiveness due to resistance.

Under its crop protection advocacy mandate, CHC develops policies and programs that help ensure the economic viability and competitiveness of Canada’s fruit and vegetable growers, and one of the ways it does this is by advocating on behalf of growers via the PMRA process for re-evaluating crop protection products. CHC has spoken out against reducing uses or deregistering crop protection products when there is no replacement product that the horticultural industry considers effective, such as in the case of the proposed limitations on chlorothalonil usage in potato.