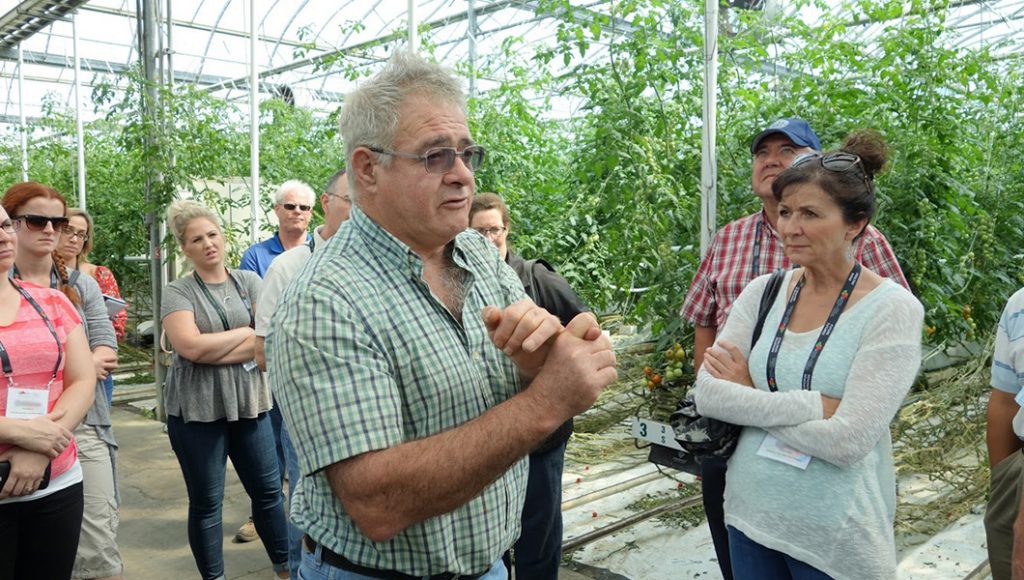 In 2022, the Canadian Horticultural Council (CHC) will be marking its 100th anniversary. That’s one hundred years of focused advocacy work on behalf of fruit and vegetable growers across the country. As a small not-for-profit, CHC prides itself on being able to make the most of its limited resources, yet its success still depends in large part on having an available pool of funds to finance critical and time-sensitive projects.

Donors from across Canada have been both visionary and generous in their funding. Syngenta Canada, for example, pledged $100,000 in payments over a decade.

As one of Canada’s leading providers of crop protection tools, Syngenta is involved in advancing good public policy—seeking competitiveness for Canadian farmers, mitigating trade disruption, researching product innovation, and highlighting the importance of fruits and vegetables in the Canadian diet.

“We see value in advancing these issues as they relate to horticulture in Canada,” says Chris Davison, head of corporate affairs, Canada, Syngenta. “We need to do this in an increasingly complex operating environment. We see benefit in collaborating and working with the Canadian Horticultural Council on these types of issues.”

Another challenge, which gained increased prominence last year, is growers’ ability to access labour. CHC organized a tour to southwestern Ontario for labour officials to witness actual working conditions and to explore the relationships between farmers and workers. CHC’s Legacy Program helped to fund the tour, as well as to kickstart an upcoming labour awareness campaign about Canada’s international farm worker programs.

Murray Driediger, president and CEO of BC Fresh (a major provider of potatoes and vegetables within British Columbia), echoes the concerns about access to workers and the rising costs of labour.

“Minimum wage increases are a big concern across the country,” he says. “We have already had some customers asking what to expect in increased costs.”

In the future, Driediger sees an even greater need for a national organization to communicate the competitive pressures if horticulture is to be sustainable.

These issues are mirrored across the country. In Manitoba, Peak of the Market donated $100,000 in the first year of the Legacy Program.

Its contribution was made in memory of Doug Connery, a farmer who volunteered countless hours to CHC, and who tragically passed away just before the Legacy Program was launched.

Twenty grower families are members of Peak, exporting 35 per cent of their production to the U.S. That’s about $39-million of potatoes and other field vegetables going south, meeting food safety requirements, but not always with the same access to crop protection tools as their American counterparts.

“It’s very important to have a strong voice for the industry in all of Canada,” says Larry McIntosh, president and CEO of Peak of the Market. “We had $111.8 million in sales in our 2016-17 fiscal year— our biggest year ever. Lots of issues impact us, not the least of which is NAFTA renegotiations and the re-evaluation of crop protection products.”

Both trade and crop protection continue to be critical issues for the horticultural sector, key issues that CHC’s Legacy Program has helped to support. For example, the program was recently tapped to finance a crop protection tour in the Ottawa region, where regulatory officials were invited to meet local growers and to witness first-hand the challenges of managing disease and pests in the field.

Keith Kuhl, a Manitoba potato grower and former CHC president, donated his 2014 and 2015 honorariums to the Legacy Program. “Access to crop protection products is one of the biggest issues for farms like us,” says Kuhl, referring to Southern Potato Company in Winkler, Manitoba.

CHC is planning a special recognition for its Legacy Program sponsors at its 100th anniversary in Ottawa in 2022. Previous sponsors also include PEI Potato Board, F.A.R.M.S., AgroFresh, Wilmot Orchards, Lingwood Farms, and Jack Bates. For more information on CHC’s Legacy Program, see www.hortcouncil.ca/legacy.