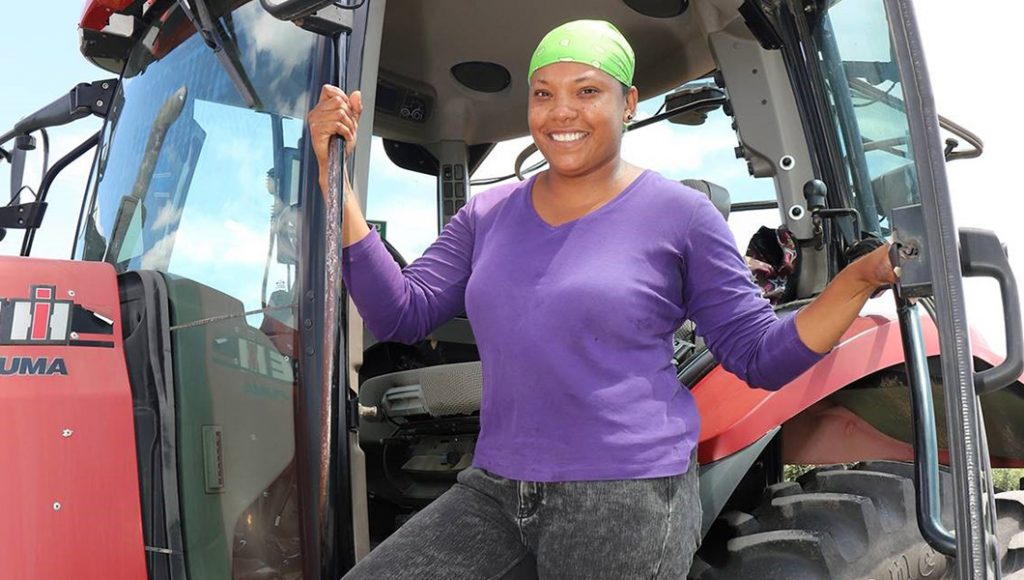 Story and photos by Jeff Tribe

Felena Pereira lives her life with the personal philosophy, For success, always keep trying, always get your feet wet.

“Meaning, don’t be afraid to get in there,” explains the Tabaquite, Trinidad resident and six-year Seasonal Agricultural Worker Program (SAWP) participant at Schuyler Farms Limited near Simcoe, Ontario. “It could be your turn to shine.”

Felena first waded into the international worker talent pool in 2013, motivated by the end of a contract with the Trinidadian Ministry of Housing and scarcity of alternate domestic employment.

“I never knew women were in the program,” she says, admitting to the view it was populated by Mexican nationals and Jamaican men. Discovering otherwise, she was welcomed as part of a steadily-growing female minority by Schuyler Farms, a multi-generational family-run operation.

“Why not women?” responds Brett Schuyler, farmer and owner, rhetorically. He wants people who are prepared to work and care about what they’re doing, regardless of their gender. “I have a hard time making a big deal out of it.”

“Because it’s not a deal,” interjects Brett’s wife, Carrie. 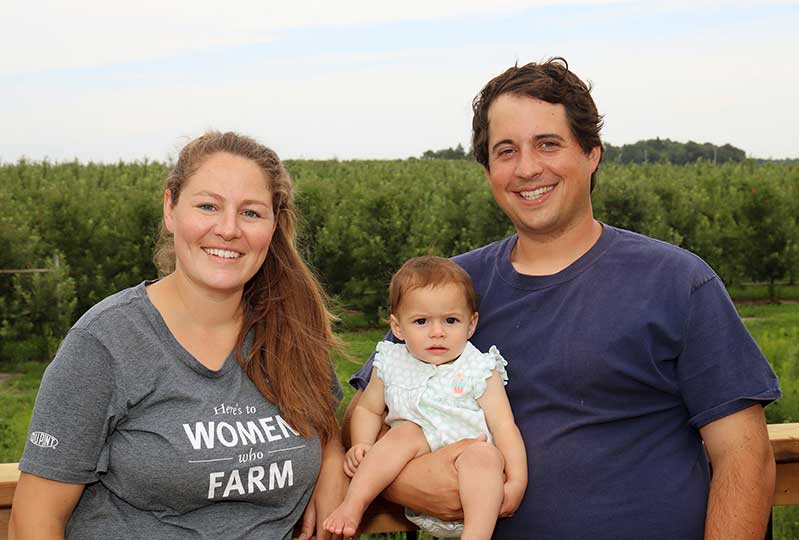 He heard comments that there would be problems mixing male and female workers.

“It adds a nicer dynamic,” counters Carrie, theorizing a mix is better than an all-male ensemble.

There are physical realities, says Brett, but for common farm tasks such as pruning trees or picking apples, the opportunity to shine is equal.

Schuyler Farms’ accommodations for workers is set up for both men and women.

“We’ve got seven bunkhouses; one is for women,” says Brett. 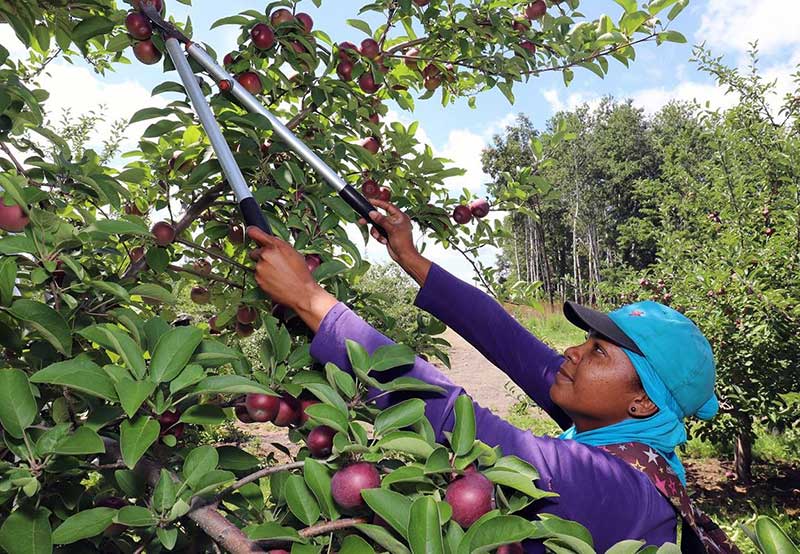 Felena Pereira, from Trinidad and Tobago, loves the work she does here.

Felena’s first flight was the most frightening part for a program rookie who headed to the land, in her mind, of “natural beauty, Niagara Falls, maple syrup, and diversity.” She began in the fields, pruning trees and picking apples.

“It was a change coming onto a farm,” says Felena. “But I enjoyed it from the beginning.”

Felena hadn’t considered the program would be a “continuous thing,” but she has found a powerful financial incentive.

“You see money in your bank account—with zeroes after it,” laughs Felena. “When I take the money back home, I can do a lot of things.”

Topping the list of those to help are her 13-year-old daughter, Jolie Marie, and 10-year-old son, Alessio. The youngest of eleven children, Felena also supports her mother, Medula, and other members of her family. Being away from them to work is tough, particularly when the family gathers for pelau (chicken and peas and vegetables), coleslaw, macaroni pie, and yams, with the latter being Felena’s favourite. 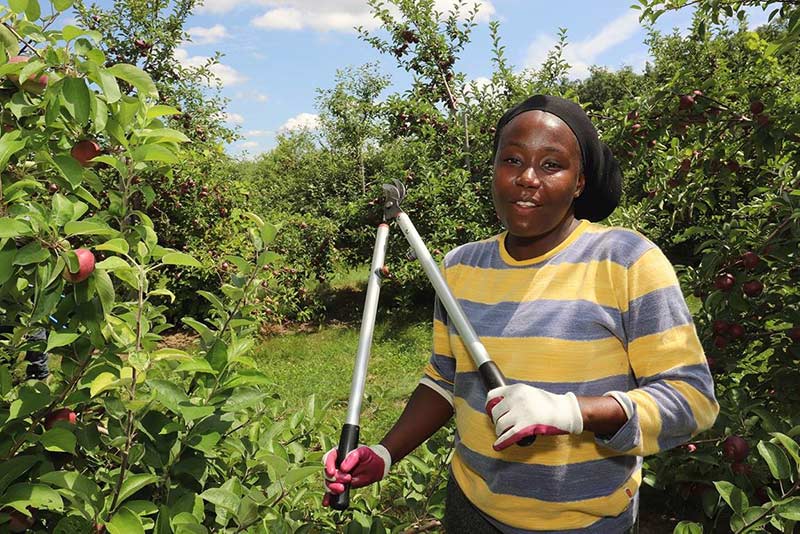 Tamica Courtney, one of the 24 female international farm workers at Schuyler Farms Limited.

“Nobody is forced to be here. We choose to do it because it is a way out of poverty and unemployment.”

She considers herself fortunate to be employed with Schuyler Farms, calling it a “five-star” option, with quality accommodation, respect, and—crucially—WiFi, which means regular contact with her family.

“I talk with family every day. That is most comforting,” says Felena.

Felena enjoys the annual Schuyler road trip to Niagara Falls and is looking forward to Simcoe’s upcoming Carnival, which celebrates international workers in the community.

“After work, our day is ours,” she says.

Pereira knows the first female international workers were employed in greenhouses in Alberta. The cold is fine she says, although not too cold. The odd snowflake aside, she still prefers to be outside working alongside female and male counterparts.

“We have to be as tough as the guys because of the job. We stand on our own two feet and get the job done. It’s not a competition, but I feel really proud of myself because I am doing the exact same duties as guys, and I am sure the other women feel the same way. It is a very nice experience—that’s why I keep coming back, and I encourage people to try it. I think it works for a lot of people, and, yes, it works for me.”