Producers often speak about the aid benefits of Canada’s Seasonal Agriculture Worker Program (SAWP) for farm workers and their families. And, due to the personal relationship farmers have with their seasonal employees, they have a unique, first-hand perspective to witness the ways the lives of their farm workers and their families change for the better while employed through the SAWP.

Although this foreign aid component is generally understood by Canadian producers who use the program—the benefits of the SAWP incomes that allow workers and their families to rise out of poverty, build new homes, and send their children to school—it is not widely known or understood by the media, the public, or even government officials.

One of the reasons the benefits of the SAWP could be the best kept secret in Canadian agriculture is that the program, with its exemplary 50-year track record, doesn’t officially recognize and or report on these economic benefits.

In Australia, the Seasonal Worker Program (SWP), a relatively new program established in 2012, is one of only a handful of migration schemes globally that maintains the explicit objective of contributing to the economic development of labour-sending countries.

“At the aggregate level, the SWP has employed 17,320 Pacific Islanders since 2012 and delivered approximately $144 million in net income gains to the region,” indicates the report. “The program is clearly delivering on its core objective of contributing to the economic development of participating countries, as measured in terms of income.”

At the same time, CAHRC research indicates that Canada’s total foreign aid budget to these countries is $29 million. This means the SAWP employee remittances are more than 11 times greater than Canada’s annual aid to these same countries. 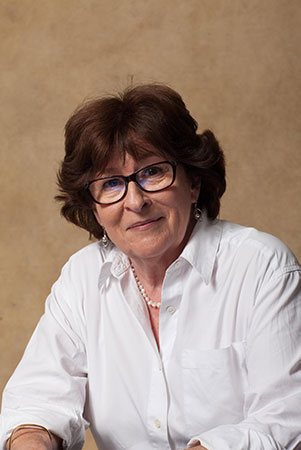 At a Conference Board of Canada immigration summit in May 2018, the keynote speaker was the Hon. Louise Arbour, who is currently the United Nation’s special representative for international migration. She spoke about development and migration, including comments supporting seasonal programming and its positive connection to remittances.

“Development is a good thing. Among other things, it helped reduce infant mortality in Africa,” Arbour explained at the meeting “Meanwhile, the western world is experiencing a steady decline of its working age population, at slightly different rates between countries. This calls for smart— but traditional—immigration policies, driven largely by labour market needs. Particularly when the pushes and pull factors are strong, responsive legal pathways are critical.”

The Inter-American Institute for Cooperation on Agriculture (IICA), an international organization with the mandate to improve competitiveness and promote the sustainable development of agriculture in the western hemisphere, released its Report on the Seasonal Agricultural Worker Program with research conducted by Drs. Sara Mann, Marie-Hélène Budworth, and Andrew Rose.

“Today, the agri-food sector, just like many other sectors, has become a global workplace. Canada’s seasonal programming enables farm businesses to meet their seasonal labour needs, while providing economic support for workers from developing countries,” says Barnett. “The bonus being the potential of ongoing agricultural knowledge exchange that allows for transfer of ideas, innovation, and technologies.”

IICA has been working with the help of Canadian producers and Jamaican SAWP employees to extend its project, seeking to launch a new program where Jamaican workers who are trained and knowledgeable in Canadian modern agriculture practices could, in turn, train other Jamaican workers with little or no agricultural experience.

All these developmental positives are in addition to the job multiplier effect, where the SAWP creates two full-time jobs for Canadian workers up and down the value chain, according to The Economic Impact of the Seasonal Agricultural Worker Program in the Ontario Horticulture Sector, research conducted by Al Mussel.

The SAWP allows Canada to be a good global citizen, at no cost to the Canadian taxpayer. This makes it a win for all parties, including the workers, their families, and the economies of their home countries, along with the Canadian farm businesses, consumers, and the economy.